The Ion Proton system is a fast short read sequencer that generates 60-80 million reads in a 2.5h run using a semiconductor chip that measures the proton released when a nucleotide is incorporated into DNA strand. Library molecules are amplified on to a small sphere during emPCR that is then deposited in a chip well. Unlabeled nucleotides are flowed one at a time in a 31 step flow order, as opposed to the 4 base repeating flow order, that helps to determine and remove phase noise. There is not a single incorporation per flow, as none to many are possible for any given sequence context. We see average readlength around 200bp, but there are usually some reads greater than 300bp.

A homopolymer region, even a short one, will include more than one incorporation per flow, and a proportional increase in protons released.  The system is fairly accurate up to 5-6 identical nucleotides, but beyond that there is high uncertainty. This results in a slightly lower average quality, but since where the error occurs is known, it is easily managed at remapping by allowing slightly lower gap insertion and extension penalties. The Ion Proton also has the lowest misincorparation rate of all the sequencers. These traits allows the Ion Proton to generate a higher percentage of mappable reads than other short read sequencers whose the error is higher misincorportation rate and error in complex and GC rich regions that are often missing from the output.

As such, the best use of the Ion Proton is where accurate mapping is essential. That includes modest scale RNA-seq, amplicon panels, ChIP samples, damage mapping and determining alternative 5′-3′ RNA start/stop sites.  For  vertebrate RNA-seq we run 3-4 samples /chip, and for microbial RNA-seq we can have up to 16 samples/chip. There are very popular ampliseq transcriptome panels for human and mouse that give you gene expression values for 21K features from as little as 50pg of total RNA. If samples are limited, these are great alternatives to RNA-seq. Ampliseq typically needs fewer reads as well, allowing us to target 8 samples/chip. 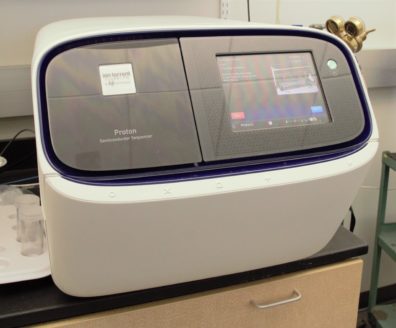 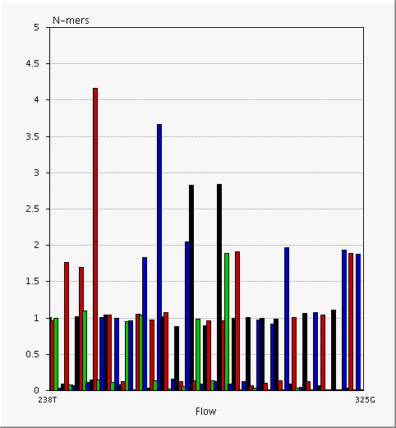